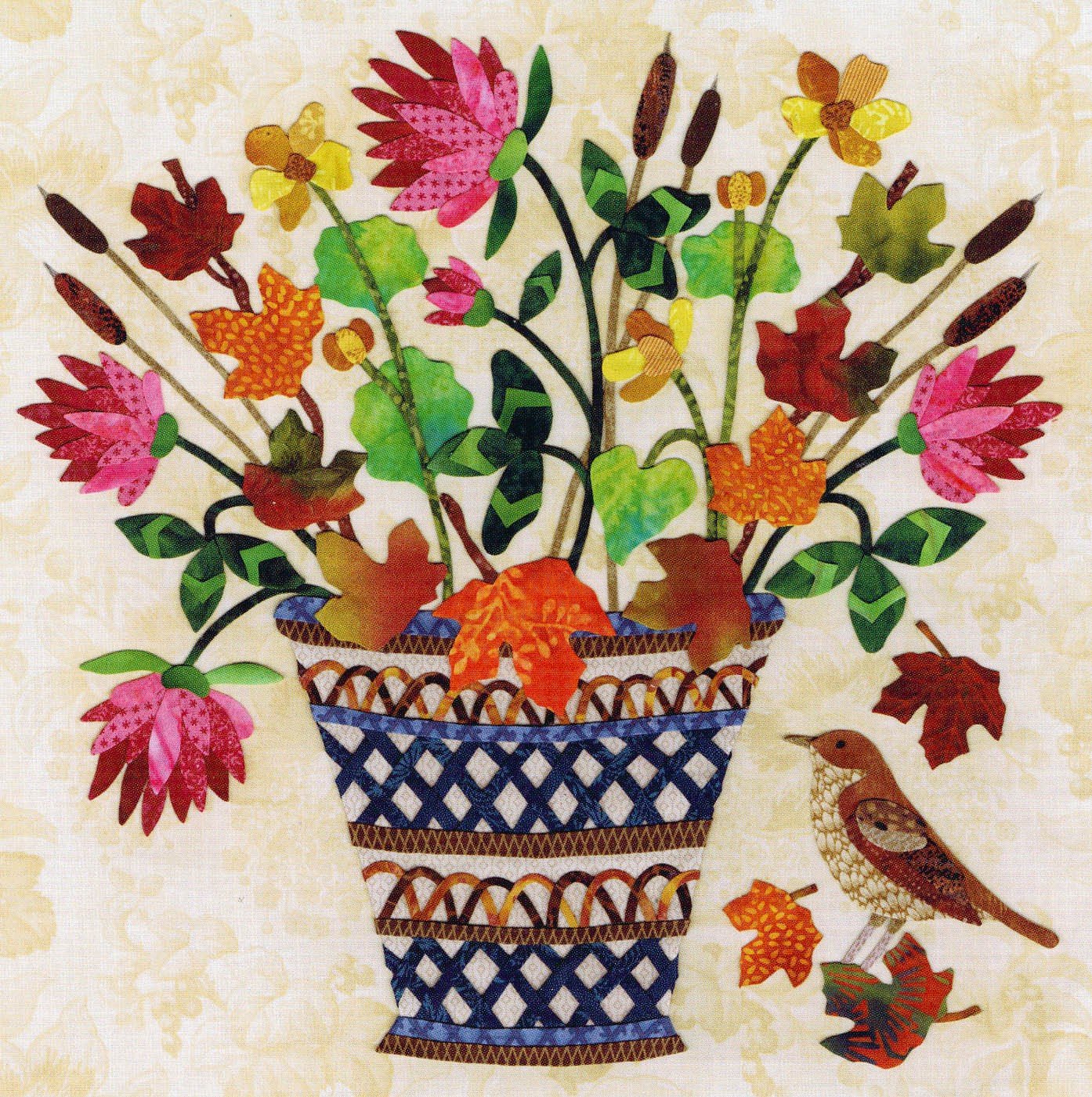 We process payments through Paypal however ALL major credit/debit cards
are accepted and a Paypal account is NOT required.

Vermont Green Mountain Block 18 - Vermont was settled in the early 18th century by the British and French. During the American Revolution, Vermont declared independence separately from the original 13 colonies. The Continental Congress refused to recognize it. Vermont was admitted to the union as the 14th state in 1790, after 14 years as an independent republic. Vermont is the country’s leading producer of maple syrup. State symbols state bird Hermit Thrush, flower Red Clover, tree is Sugar Maple. Other images Vermont cat tails and Marsh Marigold. Finished block size 15in. - Our love for Baltimore Album Quilts made during the 1800's was the inspiration for our American Album Blocks. Each realistic album style block is filled with flowers, birds and a little American History. Each pattern includes full size numbered pattern with detailed embroidery instructions and Pearl's Easy Applique Techniques. Join us as we travel across America block by block and state by state.