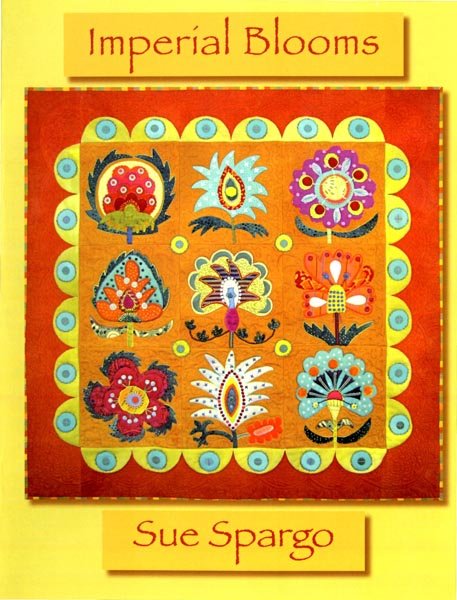 We process payments through Paypal however ALL major credit/debit cards
are accepted and a Paypal account is NOT required.

Inspired by the highly embellished Suzani tribal textiles created in Central Asia, Imperial Blooms is a 41in x 41in wall hanging created from hand-dyed wool's and velvet's, as well as, cotton fabrics. Imperial Blooms contains over thirty embellishing stitches, which lend themselves to the beauty of the Suzani artistry. The goal set for Imperial Blooms was the utilization of extensive embellishing, echoing the embroidery details that were made traditionally by Central Asian brides as a part of their dowry, which were presented to the groom on the wedding day. Suzani is derived from the Persian word suzan, which means needle. Flowers are an important source of inspiration in these highly prized pieces. Imperial Blooms showcases nine flowers with extensive embroidery stitches to mimic the Suzani needlework art form.