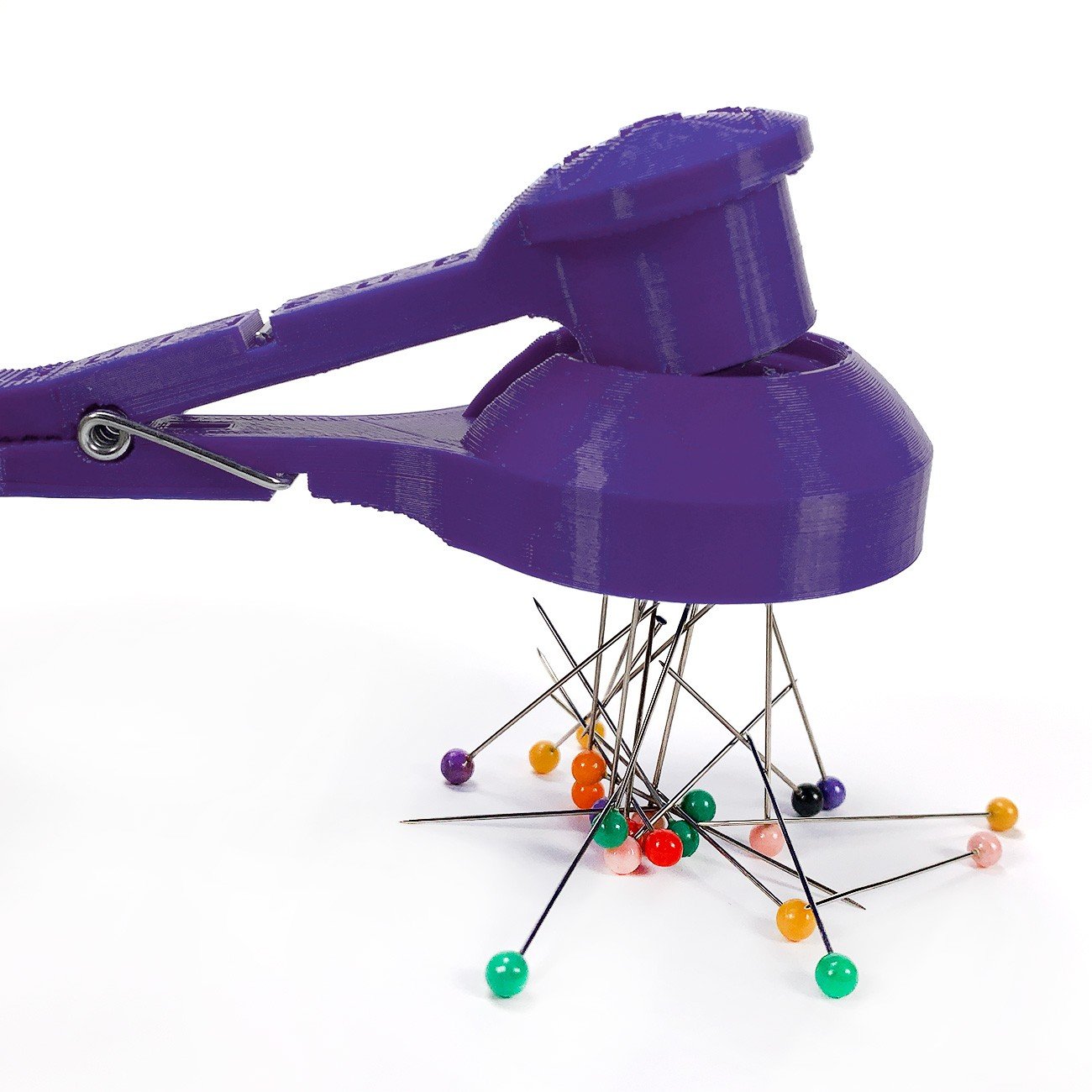 MagnaFingers is a magnetic pick-up tool for pins and needles that easily releases items so you don't hurt your fingers!- Strong Pick-up: Grabs items even in carpet, even things you can't see, using the strongest level of ceramic magnet (level 9)- Strong Hold: Holds over 100 straight pins- Easy Release: Releases so that you don't hurt your fingers on sharp pins and needles- Simple Function: Operates like a clothespin, with only two fingers- Releasing Pin Cushion: Drop pins on it as you sew, then release when you're finished- Multi-use: Also good for paperclips and staples, fish hooks, lost screws, and more- Teen-Invented: Invented and patented by 13-year-old Owen Cowan who spilled fish hooks on his carpet.